A Christmas Card from Primus

﻿﻿﻿﻿My name is Primus and I’m a dog. I had a rough start in life but thanks to some great soldiers and a bunch of people who love and care, I’m a very “lucky dog”. My life started in Afghanistan where some very mean people abused me, cut off my ears and tail then left me to die. I made my way to an Army outpost where Slovenian and American soldiers took me in and nursed me back to health. Most of the soldiers were very friendly and I made a living going through the trash and taking any handouts I could get. ﻿﻿﻿﻿﻿﻿﻿﻿﻿﻿
﻿﻿
As I grew, one American soldier named Jesse took special care of me and became my best friend. He decided I needed a home and a family and arranged for Nowzad, an incredible animal rescue in Afghanistan to take care of me while he raised money to send me to his parents in Colorado, USA. After almost two months in Nowzad a bunch of extremely nice people donated all the money needed to fly me to Colorado.
In August, upon my arrival in Colorado I was scared, confused and quite a mess. Strange people, new sights, smells and everything was so different. I met my new family, Larry & Roswitha, but in my fear and confusion I started a fight with their dog Max and terrorized their three cats, Mickey, Murphy, and Emma. My new family was very patient and loving. They took me on walks with Max and introduced me to many of the neighborhood dogs. At first, in my insecurity I wanted to fight every one of them. Slowly Max and I got to know each other and now we are best friends. We play and wrestle throughout the day and Max has been really good at teaching me the ropes. (Every now and then he teaches me some things I shouldn’t do too… :-) I’ve also got to know the neighborhood dogs and found they are all friendly and just want to be my friends. I haven’t quite figured out the coyotes yet though. To top it off, I’ve even learned to get along with Mickey, Murphy, and Emma, although Emma doesn’t seem to care for me much.﻿Through the end of the Summer and into Fall Larry woke me up in the mornings and he, Max and I went for early runs. I had problems with these at first, not really able to run more than a mile or two, but now I’m up to 5 miles! Max and Larry sometimes continued after dropping me off for breakfast. And I love breakfast! Max tells me about some amazing adventure runs he and Larry do with a group called CRUD. I’m aspiring to one day run with CRUD. During the day Roswitha took me on hikes in wonderful places like Garden of the Gods and Ute Park. On weekends, Larry, Roswitha, Max, and I went on long hikes in the mountains. The sights, sounds, and smells were incredible and I just had to explore everything!


Finally in November Jesse came home. I think that was the happiest day of my life. My stub wagged so hard it shook my entire butt. Jesse and I do everything together. We go on long hikes in the mountains, he takes me on rides in his truck and we’re the best of friends again.
With Jesse, Max, Larry, Roswitha, and even the cats, I’ve got it made. I’m not quite a year old yet but so far life has been a doosy. I just want to say Merry Christmas and thank-you to all the dogs and great folks at Nowzad, all the soldiers who were so nice to me, the generous people who contributed to get me to Colorado, and my family who loves me so much. Whoever coined the term “lucky dog” certainly had me in mind. 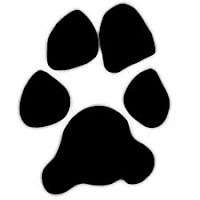