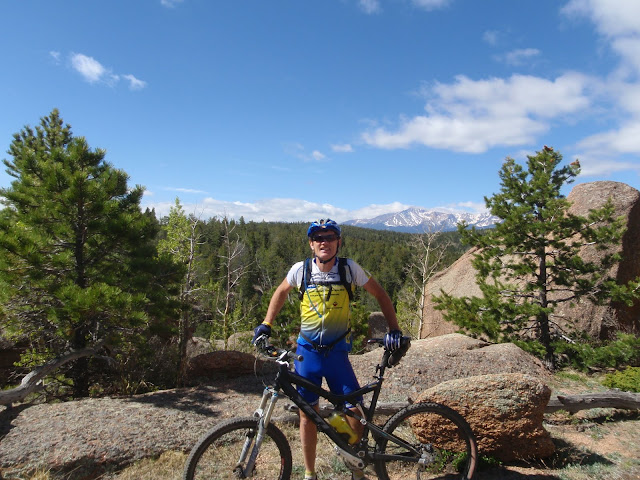 Just another day in Paradise
Today was one of those rides I love so much, long and epic. Summer seems to finally be here and we are able to ride higher and higher in mountains. I think we topped out at a little over 9,300 feet and I’m pretty sure we would have been snow free at 10,000 feet. What is really encouraging about today, is I rode for over 8 hours with a ton of climbing and it didn’t turn into a death march. Even with the last 10 miles back home against a stiff head wind, I still felt good with enough energy to mow the lawn when I got home.
The day started bright & early, hitting the trail out of the house at 6:30. I rode north along Santa Fe Trail though the Air Force Academy and met Kevin Cahn at the Baptist Road Trailhead. I had a stiff head wind and pretty much time trialed all the way there. In the back of my mind I was thinking I was going a little hard with a full day of riding ahead, but on the other hand… great training! 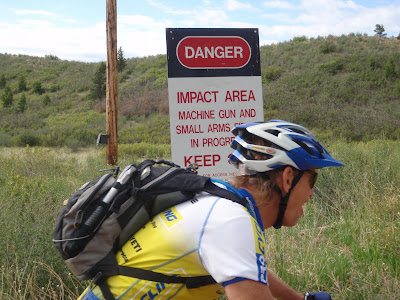 Yikes! Better ride fast through here!
After meeting Kevin we rode to the NW corner of the Air Force Academy, skirted the shooting range and headed up Dead Man’s Gulch. This is a tough climb. I’ve heard it described as stupid steep and ridiculously long. I kind of like it. After all, the Breckenridge 100 will have a horde of climbs longer and steeper. We proceeded up 40 – 45 minutes or so, riding when we could and pushing when it got too steep and loose. 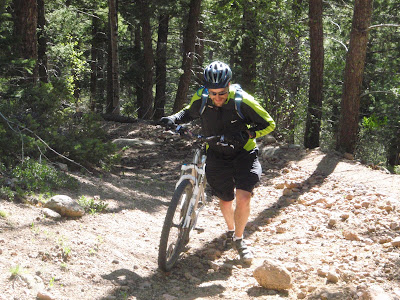 Kevin taking his bike for a walk 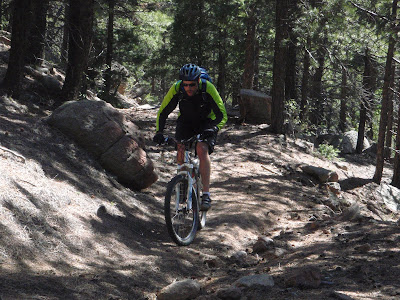 And grunting it too

Once at the top we dropped down to what I call the secret trail, a spectacular single track through Aspen groves that look like scenes from a postcard. At this altitude the Aspens are just starting to bloom. We continued to climb for another hour or so with steep sections requiring the granny. Eventually we hit the trail that drops down to Rampart Reservoir. Absolutely stunning! Rampart has a 14 mile single track surrounding it, outlining the various fingers and coves around the reservoir. Great views of Pikes Peak too. 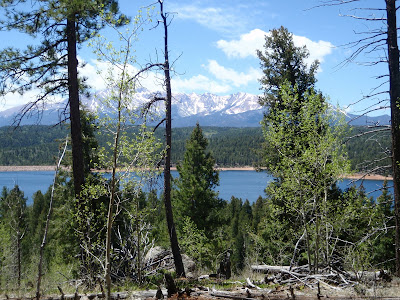 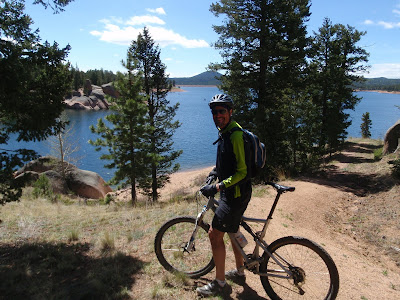 Eventually we came to another “secret” trail. You have to know where this one is because it doesn’t look much like a trail. We climbed up from the reservoir to another trail that climbed then eventually dropped steeply down to Stanley Reservoir. Absolute single track bliss! 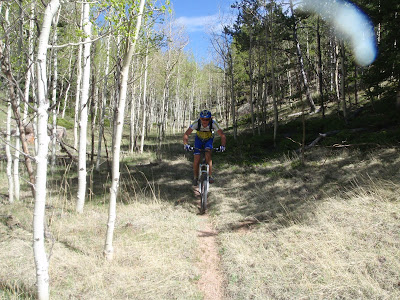 We continued to drop past Stanley Reservoir on the very technical Stanley Canyon Trail. There were lots of fallen trees due to the high winds of late, which added to the challenge. Then we headed back toward Dead Man’s Gulch along another incredible and long single track. Eventually we crossed the stream that delivered us to what I call the “secret secret” trail. This is a hidden trail with a great view of the Air Force Academy and a wicked steep rocky drop back on to the Dead Man Gulch trail we climbed earlier. From there it was turn on that full suspension and let it rip! I think it took us maybe 10 – 15 minutes to go down something that took us 45 minutes to climb. 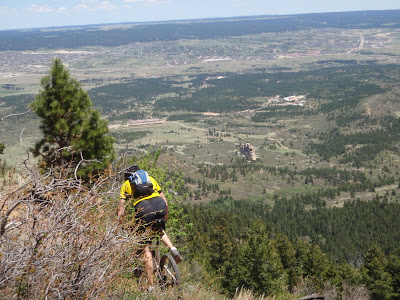 Dropping down on the "Secret Secret" Trail
Once we returned to the trail head, I continued home through the Air Force Academy. The wind had shifted and I was riding in a head wind again. No biggie, it’s an absolute beautiful day and we had an incredible ride! 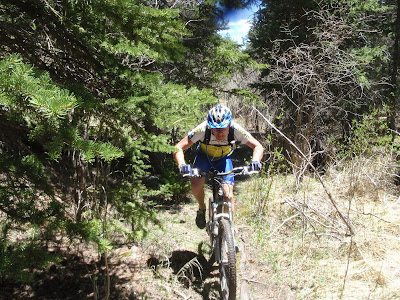 Miles upon miles of Single Track
I love these rides, just like I love the long epic runs with CRUD. I am just so thankful that my IT Band injury doesn’t prevent me from riding too. I miss the runs, but rides like this more than make up for it. Hope everyone has a great Memorial weekend and take a moment to remember the sacrifices of our young heroes. 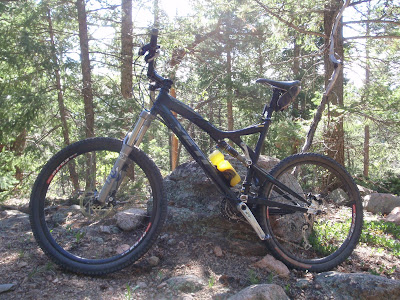 My Trusty Steed
Posted by Larry DeWitt at 9:38 PM